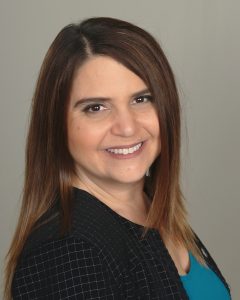 Pennsylvania has recognized same-sex marriage since May 2014 when a U.S. federal district court judge ruled the 1996 statutory ban on recognizing same-sex marriage was unconstitutional. On June 26, 2016 the United States Supreme Court determined that same-sex couples have a right to marry under the 14th Amendment of the U.S. Constitution. In the opinion of Obergefell v. Hodges, Justice Anthony Kennedy stated:

No union is more profound than marriage, for it embodies the highest ideals of love, fidelity, devotion, sacrifice, and family. In forming a marital union, two people become something greater than once they were. As some of the petitioners in these cases demonstrate, marriage embodies a love that may endure even past death. It would misunderstand these men and women to say they disrespect the idea of marriage. Their plea is that they do respect it, respect it so deeply that they seek to find its fulfillment for themselves. Their hope is not to be condemned to live in loneliness, excluded from one of civilization’s oldest institutions. They ask for equal dignity in the eyes of the law. The Constitution grants them that right.

Same-sex couples have the same protections, rights, duties as heterosexual couples in a divorce case. Regardless of when a same-sex couple married, the Pennsylvania Divorce Code can be utilized to obtain a divorce.

Same-sex couples may encounter unique challenges in child custody cases. These cases can become complicated when one of the same-sex partners is the child’s biological parent and the other is helping raise the child. Attorney Mehaffie is experienced in handling these sensitive matters. She can guide you through the legal process and protect your rights.

We offer honest, knowledgeable advice to same-sex couples who are married or are considering marriage.  We can assist same-sex couples with adoptions and parenting plans that are customized for personal needs.

For a private meeting to discuss your case please contact the Law Office of Debra R. Mehaffie by calling (717) 790-2403.